Except from Screenplay Competitions: Tools and Insights to Help You Choose the Best Screenwriting Contests for You and Your Script by Ann Marie Williams © 2019

It’s common for screenwriting competitions to use the term judge and/or the term reader to refer to an individual who reads, evaluates, and ranks scripts in their competitions.

Quite simply, it could be because “reader” doesn’t sound quite as harsh as “judge.”

Or, for those competitions that use both terms, it could be that the terms refer to different levels of judges and/or competition.

Screenplay Competitions is available on eBay, Amazon, and direct from the publisher: Bluestocking Press. 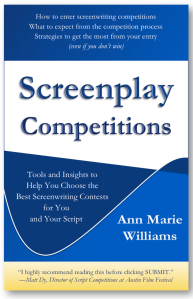